Participants can look forward to:

Register now! Only $15/per person

*Registration must be received by March 1.

This low registration fee is made possible through our partnership with The National Endowment for the Arts and the Marion Park Lewis Foundation.

Project Write is back in person! The annual day camp for young writers grades 4-12 will be held on the Shenandoah University campus from June 26-29, 2023. All information is on the website.

PWI has continued the Second Saturday series–workshops offered each month, online, and in a variety of genres and topics.

Check out the recent panel discussion held in July 2021 to learn more about Project Write. 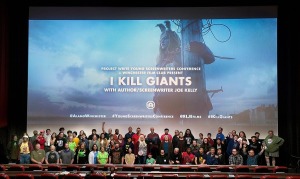 The Young Screenwriters’ Conference was a huge success on Saturday, October 12, 2019.  We were delighted to work with the giant killer Joe Kelly of Man of Action writer’s group.
Remember: I hunt giants. I find giants. I kill giants!

This event was made possible by a grant from the Marion Park Lewis Foundation, Virginia Film, Alamo Drafthouse, Four Color Fantasy, PWI, the SVWP, and the Media & Communications Department at Shenandoah University.

In 2019 Project Write students worked with these authors:

In 2013, the teachers formed a 501(c)(3) non-profit organization to better serve the youth of the area.  Under this designation, the newly formed enterprise can accept your tax-deductible contributions and grant funding to expand opportunities for underserved students in our area. We invite you to visit our website and donate.

Project Write partners with the Children’s Literature Workshop every year in June. As teachers learn from award-winning authors, our young writers have the chance to write with the outstanding authors who visit each year.

In 2015, Newberry Medal winner Kwame Alexander met with 40 young, aspiring writers and invited them to say “Yes!” when the world says “No.” Kwame was both inspiring and inspired.  In his words, the students were “Awesome!” joining in both writing and sharing.  Kwame spent time signing the students’ copies of his award-winner Crossover and took pictures with the group.  A memorable morning.

Campers in 2016 worked with Matt de la Pena and
Wendelin Van Draanen among others.

Project Write, Inc. has an account at Amazon Smile.  You can donate to our students as you shop!  Just follow the link, choose Project Write, Inc., and then effortlessly improve the literacy for scores of young people.

Our phenomenal Young Writers Workshop was visited by six authors and students learned from everyone of them.  See our young writers at work at Project Write

The Young Writers of the SVWP have been writing away beginning in 2006 under the leadership of Erin Hubbard and Patrick McCarthy.  Project Write, Inc. is now lead by Rhonda Lancaster, President.

In 2013 the YW group spun off into a Non-Profit called Project Write, Inc.

Connect with the Project Write website to keep up with all of the Young Writers’ activities. 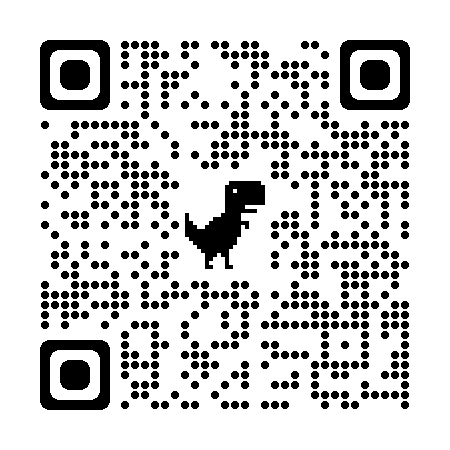 Join the Write Now Teacher Studio where teachers write, share, and talk shop about writing and the teaching of writing. Open to all interested teachers.